In 2010 my husband and I spent our honeymoon in the Masai Mara, Kenya, during September which is the dry season and the perfect time to witness the great migration (July to October) when the animals head back to the Serengeti.

If you don’t know what the Big Five animals are, they are rhino, elephant, buffalo, lion and leopard, with the leopard being the hardest to spot.

From Nairobi we took a small plane to Mara which took an hour. From the tiny windows of the plane, we could see the runway approaching and waiting on the sides were the hotels 4 x4’s. It felt like a scene from a movie – getting off the small plane stepping onto a dusty runway in the middle of the wilderness, with the game drivers standing by. In next to no time, our suitcases were in the car and off we went into the wild! As it was Africa, I certainly packed for the occasion with neutral  and khaki color palate – infact I think I fitted right in with the staff!

A short drive later and we had arrived at The Fairmont Mara Safari Club in the Masai Mara which is surrounded on 3 sides by the Mara river, home to humongous hippos and massive, yawning crocodiles all who made their presence felt each morning before breakfast. This award-winning property is home to 50 luxury tents (glamping on another level) Four poster beds, full bathroom and a veranda for private al fresco breakfast.

The main restaurant is in the hotel which is a short walk from your tents (don’t walk around late at night, you may just bump into an unexpected visitor) There is also a swimming pool and private massage areas.

I have to say the service we received at this hotel was spectacular, nothing was an inconvenience, only a smiling pleasure. The hotel will organize all the activities you wish to do from early morning, afternoon and evening game drives, to hot air balloon rides, visiting a Masai tribe in their village and more.

Our amazing tour guide was Jacob who had a great sense of humor, patience of a saint and his genuine love for nature and wildlife was second to none. He knew this territory like the back of his hand. He would take us on every tour we did and he more or less knew which animals would be where at certain times in order for us to spot the BIG FIVE. Sometimes we were in the car alone with him and other times a few other people would join us. One day Jacob drove for miles in order to get to a point at the river where the animals cross for migration. This was a magical sight and something I will never forget. We sat patiently in the car waiting for the animals such as wildebeest, buffalo, zebras antelopes etc to come charging in their herds in order to cross the river - hundreds would make it across while others would be snapped up by the crocs, especially the stray ones that came alone not knowing what was waiting for them in the river.

If you don’t know what the Big Five animals are, they are rhino, elephant, buffalo, lion and leopard, with the leopard being the hardest to spot.  One day we were out with Jacob and my mission for him was to spot a leopard as this was the only animal we hadn’t yet seen. Driving slowly, Jacob spotted a large cat in the distance by the trees, how he spotted it from afar, I will never know as it was so well camouflaged. Its difficult to spot the difference between a cheetah and a leopard as they look alike, just that their spots are slightly different. He drove close and switched off the engine. The cat noticed us and became a little inquisitive and walked over. He walked around the car ever so slowly, looking from the corner of his eye but not making direct eye contact. It was actually a cheetah who then paced up and down in front of the car and before we knew it, he had jumped onto the car bonnet. The 4 x 4 roof and sides were open, so he could have easily jumped right into the back with us. He sat on the bonnet for a good 10-15 minutes and a 1000 photos later– not fazed at all – kind of in control of the situation. It was amazing to witness this wild animal up close and personal, so elegant and poised, it was beautiful I felt so lucky. You really wonder how people could kill these stunning creatures, shame on them, honestly, shame on them!

Once Mr Cheetah was bored of sitting on the car he jumped off and slowly walked into the distance, phew I could now talk loudly and release my excitement. Carrying on with our leopard hunt we came across the remains of a kill, a large carcass sitting on the ground which for sure had been attacked by a pack of lions, the only thing left was a few scraps which the large, nasty looking vultures were pecking away at.

Still on our mission we drove past a BBC TV van full of cameras (clearly filming one of their amazing wildlife documentaries) in front was a large pride of lions - a few males and females with their cubs. It was fascinating to watch them, the cubs would play and annoy their mum (funny that), while the adult lions were lounging around, only getting up to find a cool spot to lie back down.

During our time at the Masai Mara it was my birthday, so my husband surprised me with a hot air balloon ride. We woke up early before sun rise and headed to the balloon site. A champagne breakfast including a full English was set up waiting for us to return from our ride. I had never been in a hot air balloon before and having the opportunity to do it over such wide open space was amazing. We could see herds of animals walking around and giraffes eating from the trees below us. I really enjoyed the sensation of floating freely through the air.

The same afternoon we visited an indigenous Masai tribe camp. This is a camp in its natural habitats but lives off the money received from tourists. The men were dressed in all their glory with necklaces, hats and spheres by their side. Inside the camp their homes are literally mud houses, dark but cool. A few children were playing, and a lady had a young baby in her hands. I couldn’t resist a cuddle at which point and to my delight I received a hello wee wee all over me!

During our time in Kenya we actually failed our mission to find a leopard but that’s ok as we made a pact to visit again but next time with our kids and finally finish  our mission to spot the Big 5.

My advice when booking a safari with your children:

Safaris, with hotels like the Fairmont, are exactly what they say on the tin – exceptional, memorable experiences that you will simply never forget. 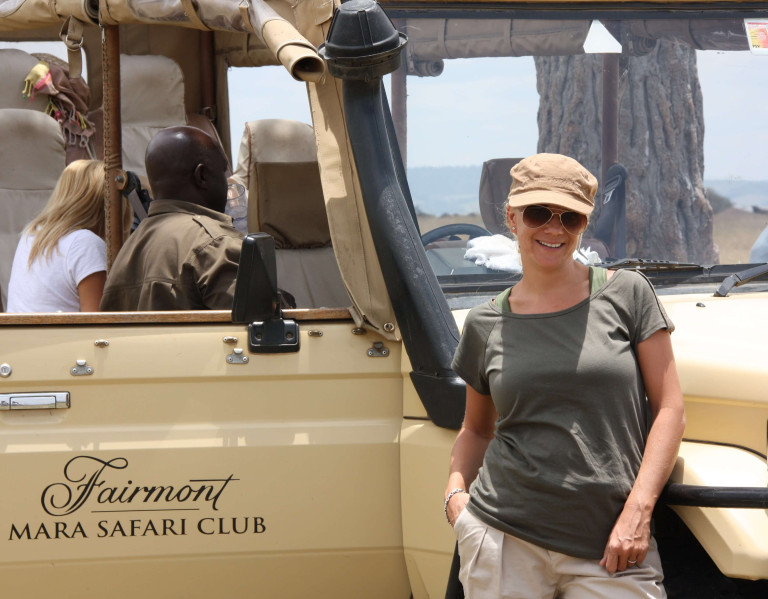 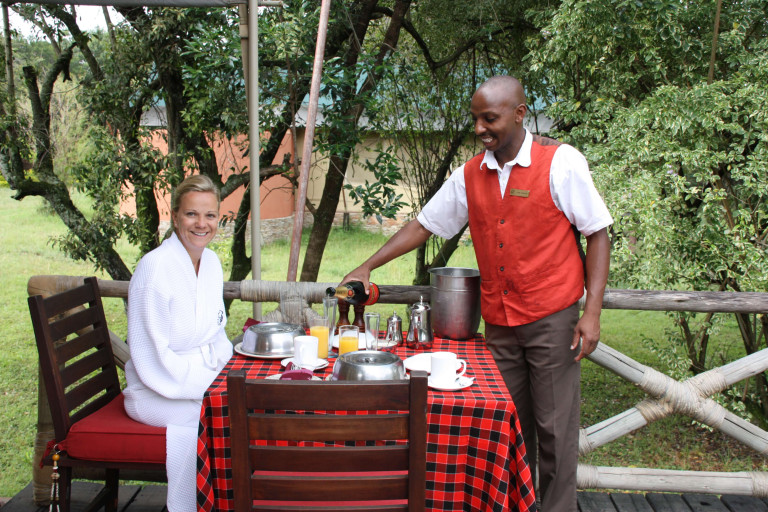 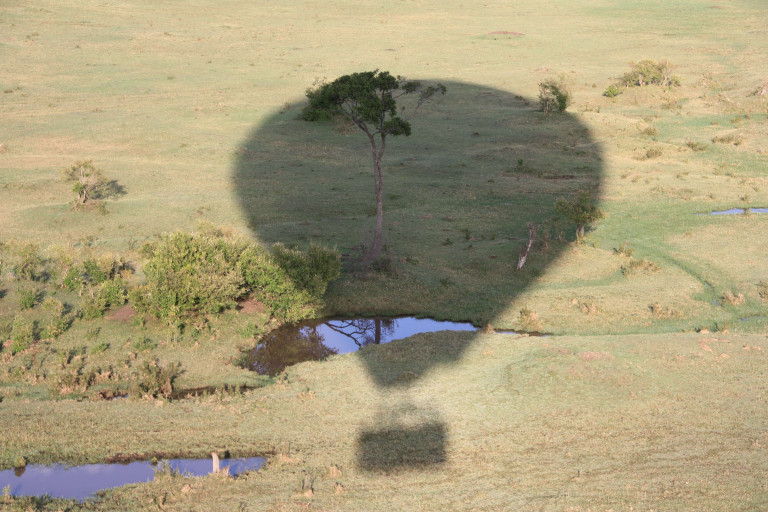 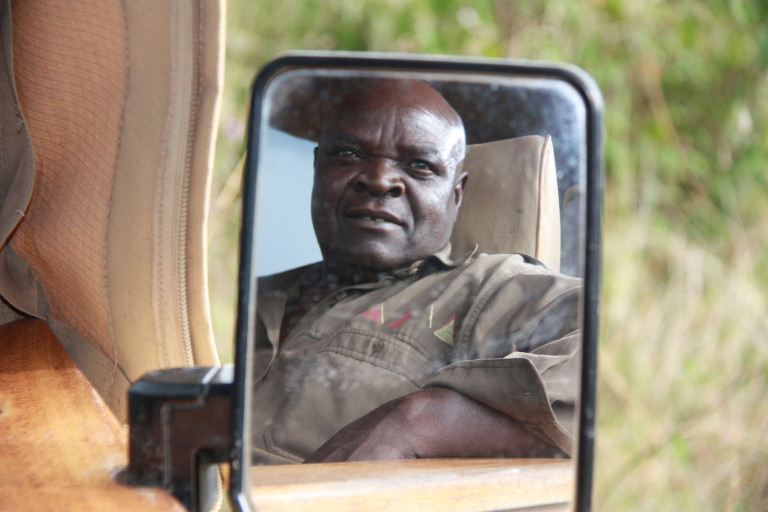 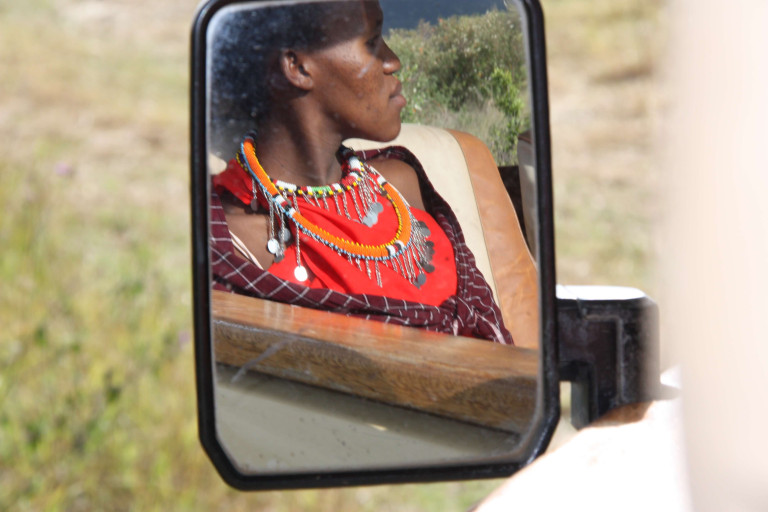 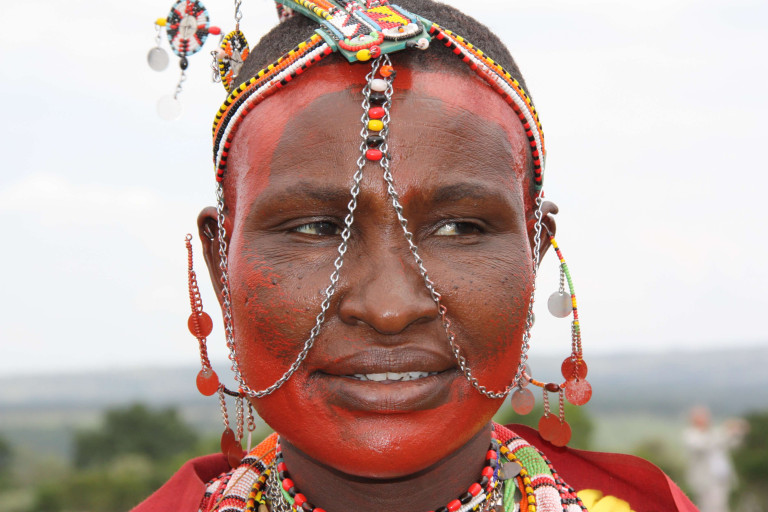 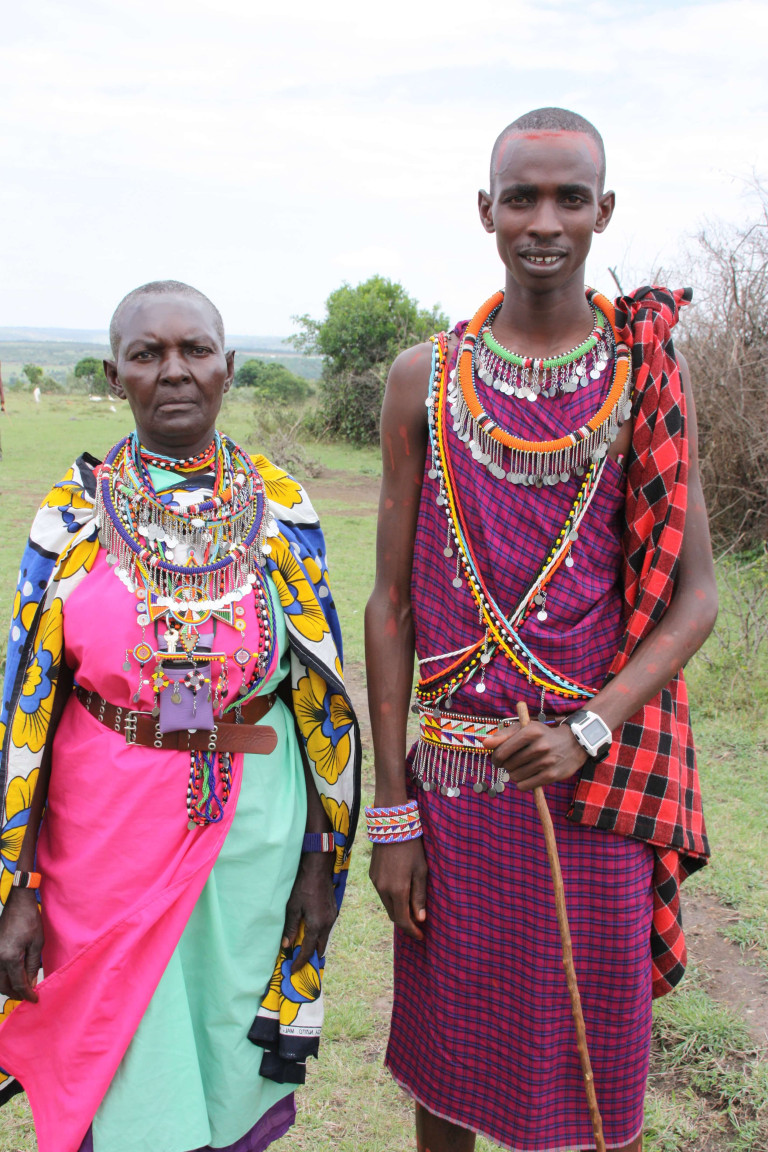 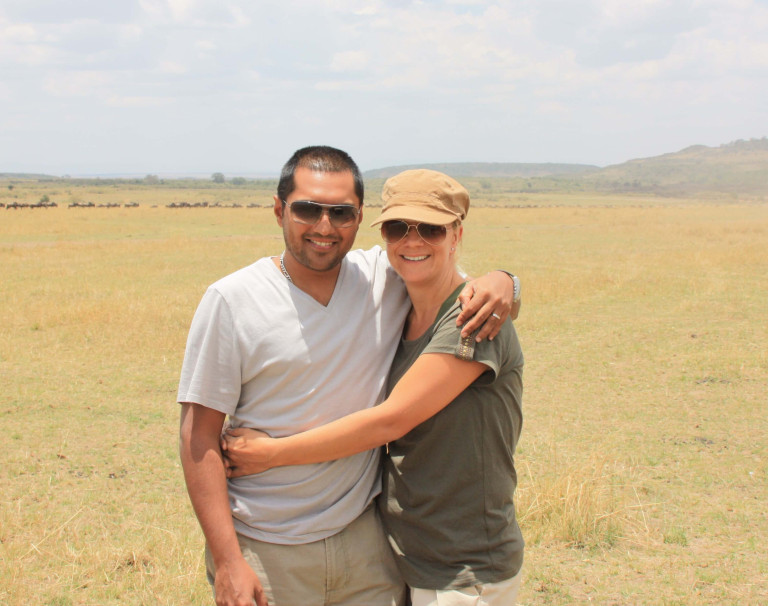 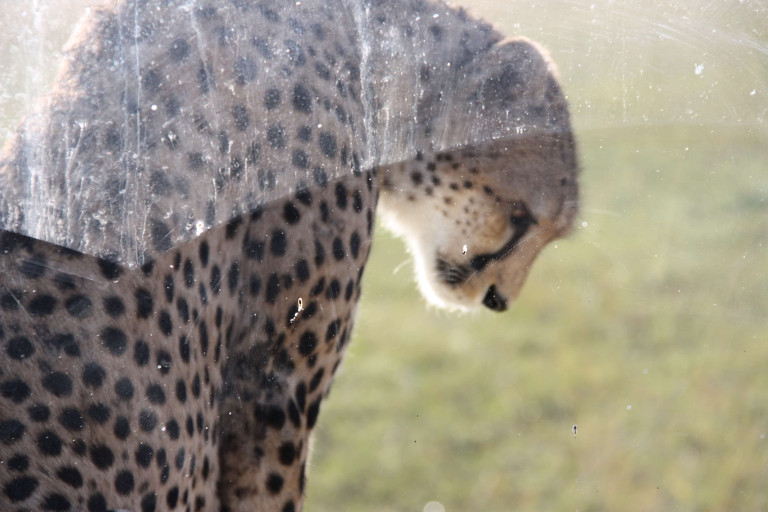 A cheetah upclose on our car 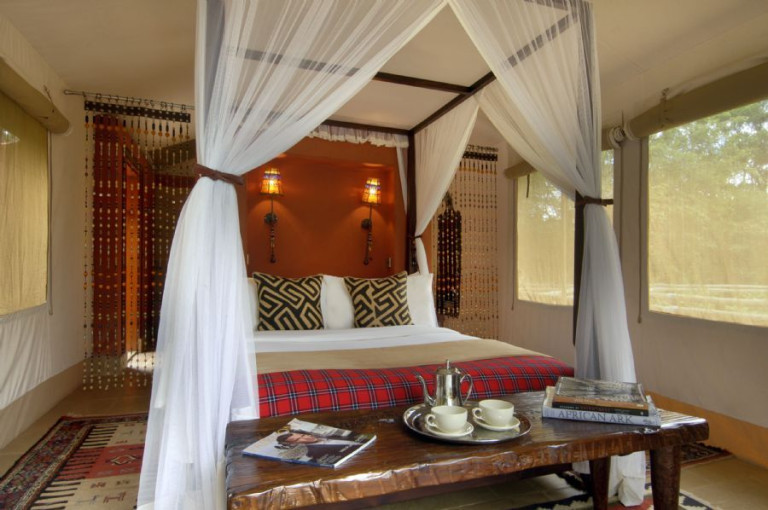 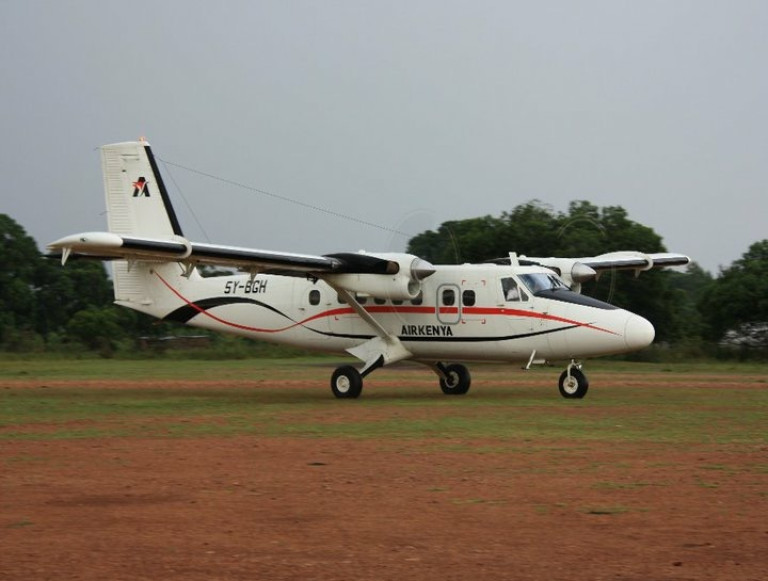 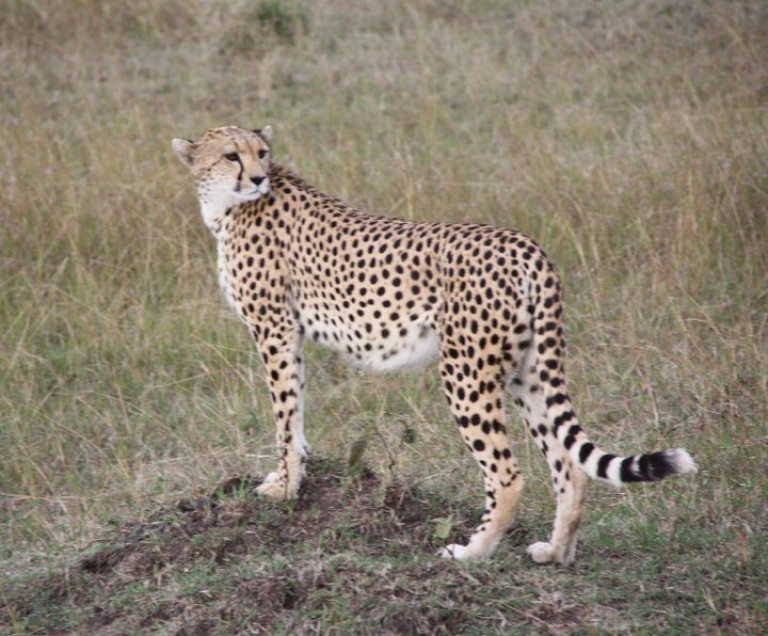 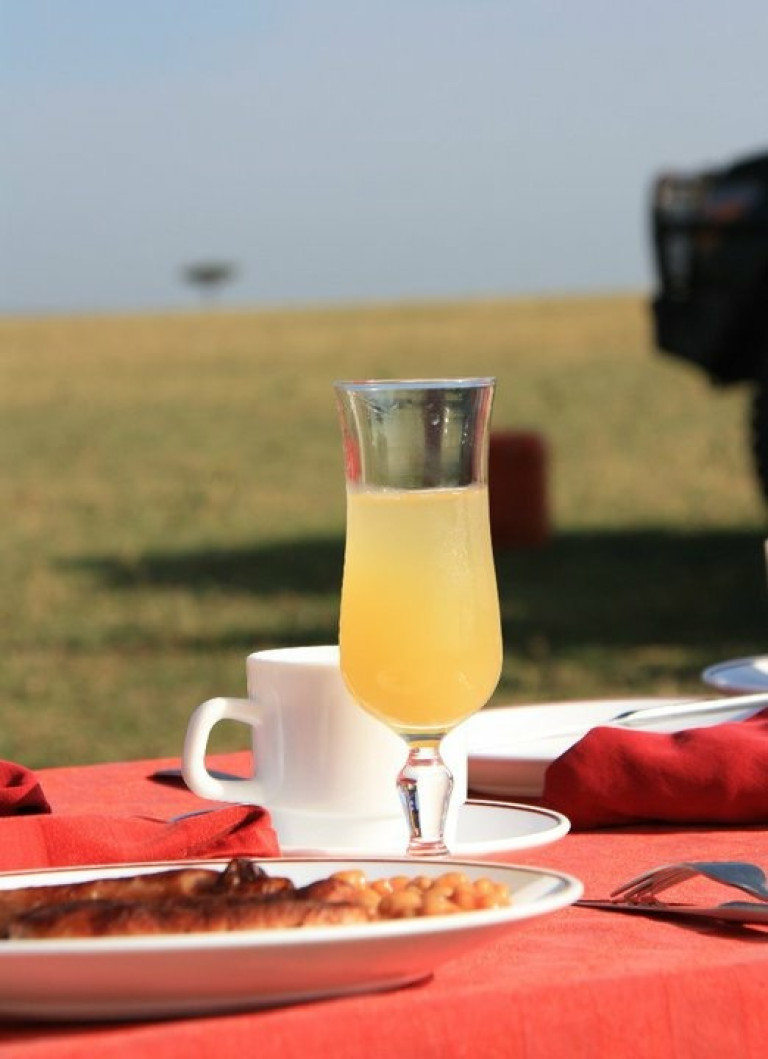 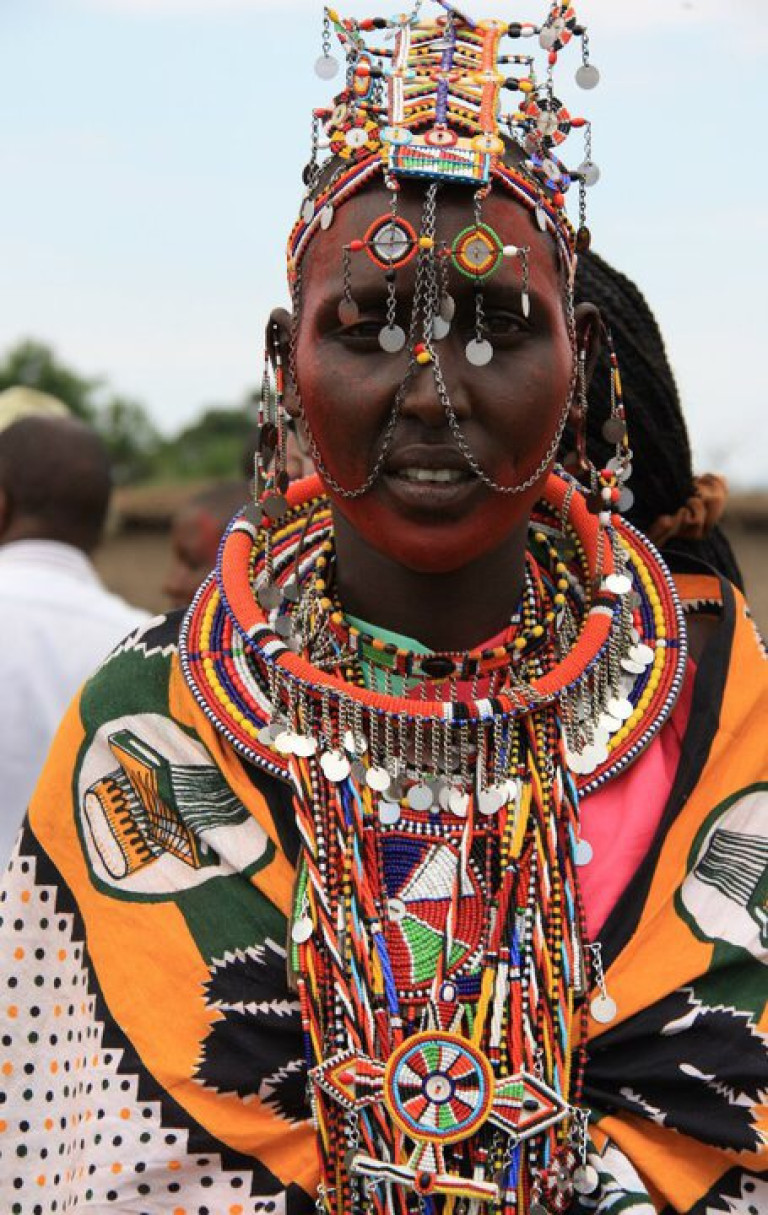 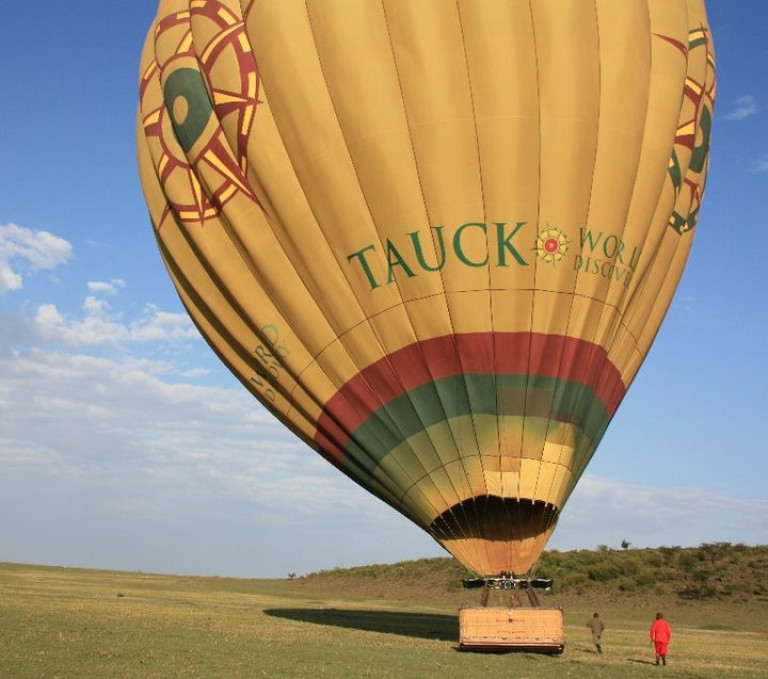 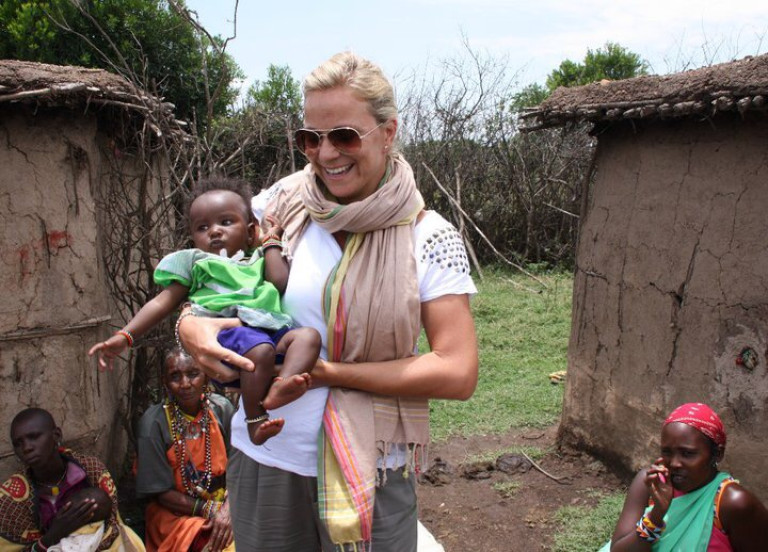 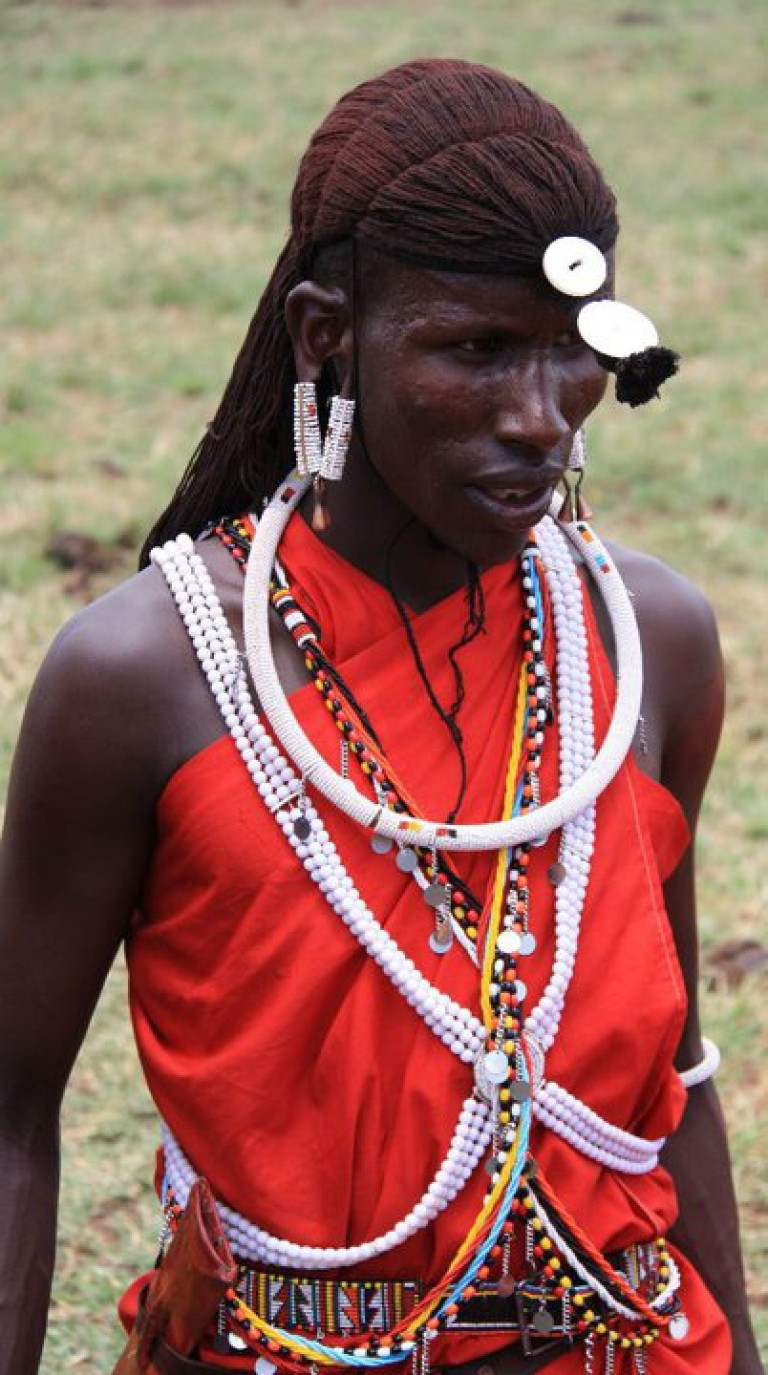 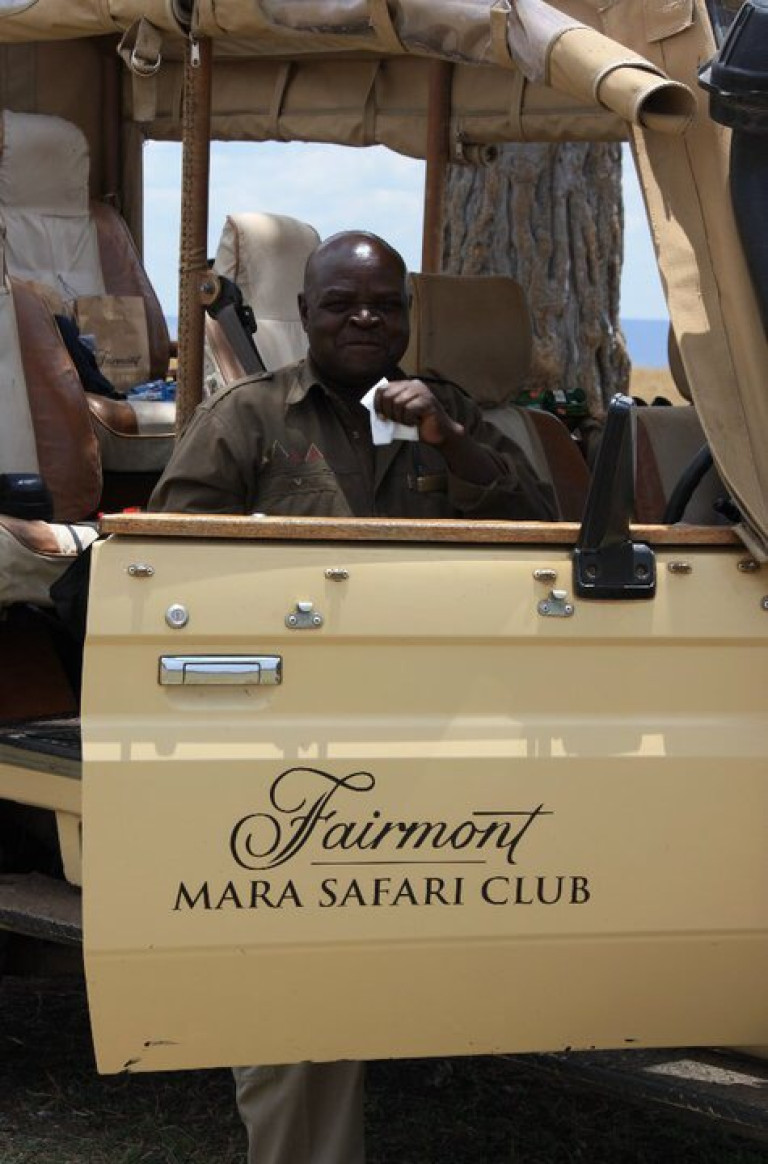 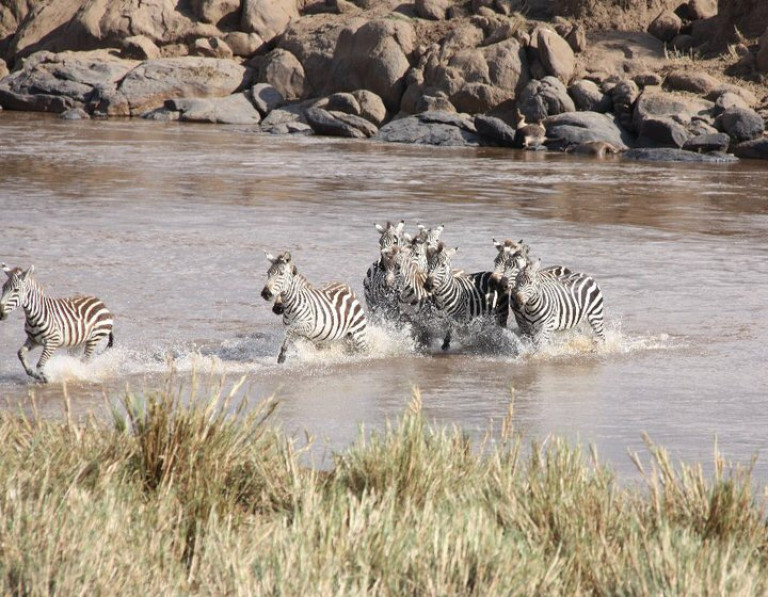