I must start this post with the reason as to why the Taj Mahal was built - it really is one of the most moving love stories that was ever told, a story of love, honor and respect:

Even through thousands of people visit the Taj Mahal every year and there are constantly groups of people on guided tours and taking pictures, once inside the Taj grounds you feel a sense of peace, love and admiration.

At a young age Shah Jahan met Arjumand Banu Begum whose name was changed to Mumtaz Mahal meaning ‘Jewel of the Palace’ when they married. Even though the Emperor had many wives, he favored Mumtaz and his love for her was evident. They had so much respect for each other that she would even accompany him on military missions. In 1631 Mumtaz had complications when giving birth to their 14th child and died. Shah was devastated and wowed never to remarry and to build the largest and richest mausoleum over her grave to honor her. In mourning for over 2 years Shah overtook the task of erecting the world’s most beautiful monument in memory of his beloved. It took 22 years and 22,000 men to build what is now known as the Taj Mahal - one of The Seven Wonders of the World. When Shah died 25 years later his body was placed in the tomb next to the women he loved and cherished.

Another important part to the Taj Mahal story is that it was built by Islamic Mughals yet its not a mosque nor is it a temple - yet it stands proudly in India. This amazing piece of history brings together all religions in one place, where love, god, prayer, worship has no boundaries. Its ONE LOVE and united it stands.

My mums wish for her 60th birthday was to visit the Taj Mahal, so when she was on holiday in Dubai, I took her to India for the weekend to visit the place she had wished to see for so many years. Her first reaction once she was in front of the Taj was so worth it.

Even through thousands of people visit the Taj Mahal every year and there are constantly groups of people on guided tours and taking pictures, once inside the Taj grounds you feel a sense of peace, love and admiration.

There are certain photographic spots which are marked out with queues of people waiting to take their picture. The most famous spot being the bench in front of the Taj Mahal, which became one of the most seen pictures in the world when Princess Diana visited.

After we had seen every corner of the Taj Mahal we left to visit the Agra Fort which is 2.5km away and offers the most amazing views of the Taj in all its glory. Agra Fort was the main residence of the emperors of the Mughal Dynasty until 1638, when the capital was shifted from Agra to Delhi. The Agra fort is a UNESCO World Heritage site. It is also known as the Red Fort of Agra. This powerful fortress of red sandstone encompasses, within its 2.5-km-long enclosure walls, the imperial city of the Mughal rulers. It comprises many fairy-tale palaces, such as the Jahangir Palace and the Khas Mahal, built by Shah Jahan.

We visited Agra for the day and arranged a driver via our hotel. The drive took nearly 4 hours via the express highway. It’s a smooth drive but I would recommend driving it in day light hours. Take snacks with you as the petrol stations on the way don’t offer the best food for a road trip!

When in Delhi we stayed at The Imperial Hotel set in stunning manicured grounds. The hotel is privately owned and is home to the owner’s vast art collection approx. 5,000 pieces making the hotel also a museum. The hotel is luxurious and rich in history with Raj and colonial style design and architecture. To add to its list of attributes, it is also a Conde Nast award winning property.

During our time in Delhi we toured the city by rickshaw (typical tourist thing to do I know, but when in Rome!) visiting the cities sights such as:

- The stunning mughal gardens at Rashtrapati Bhavan, the official residence of the President of India.

- Gandhi Smriti formerly known as Birla House which was Ghandi’s home and where he was assassinated while taking a walk in his garden.

-Watch what you eat – we only ate within the hotel

- Don’t be too precious about your personal space

- Keep your purse and bag close by and attached to you 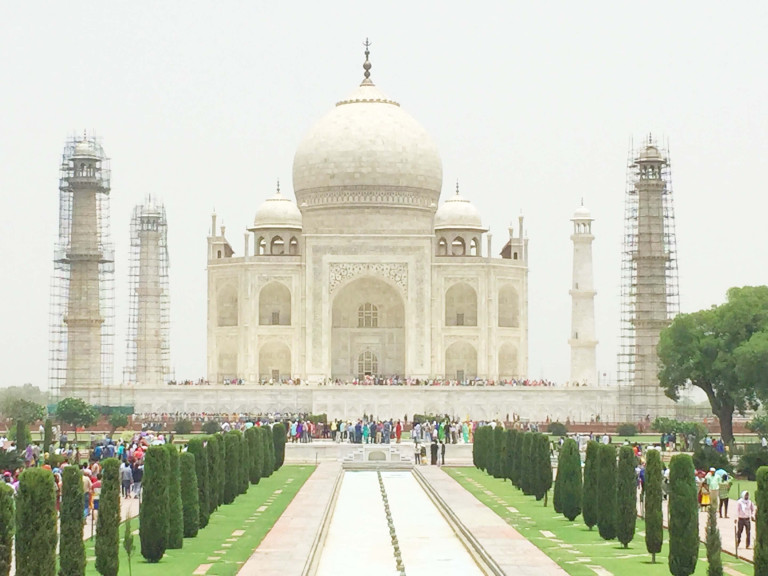 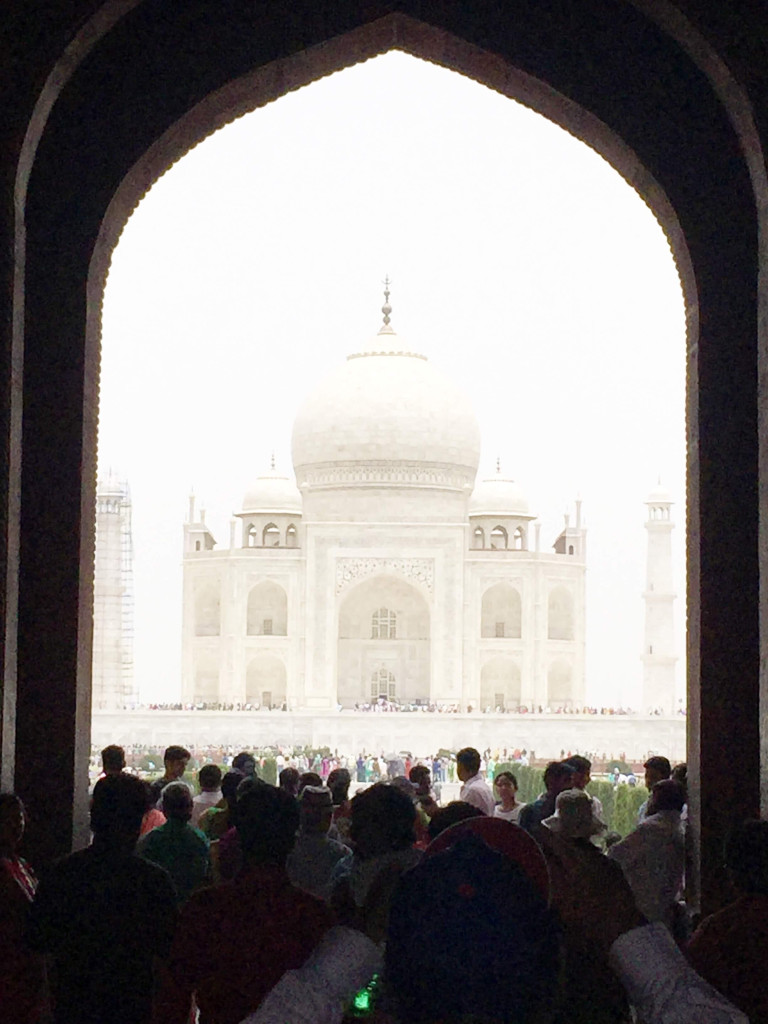 Taj Mahal through a window 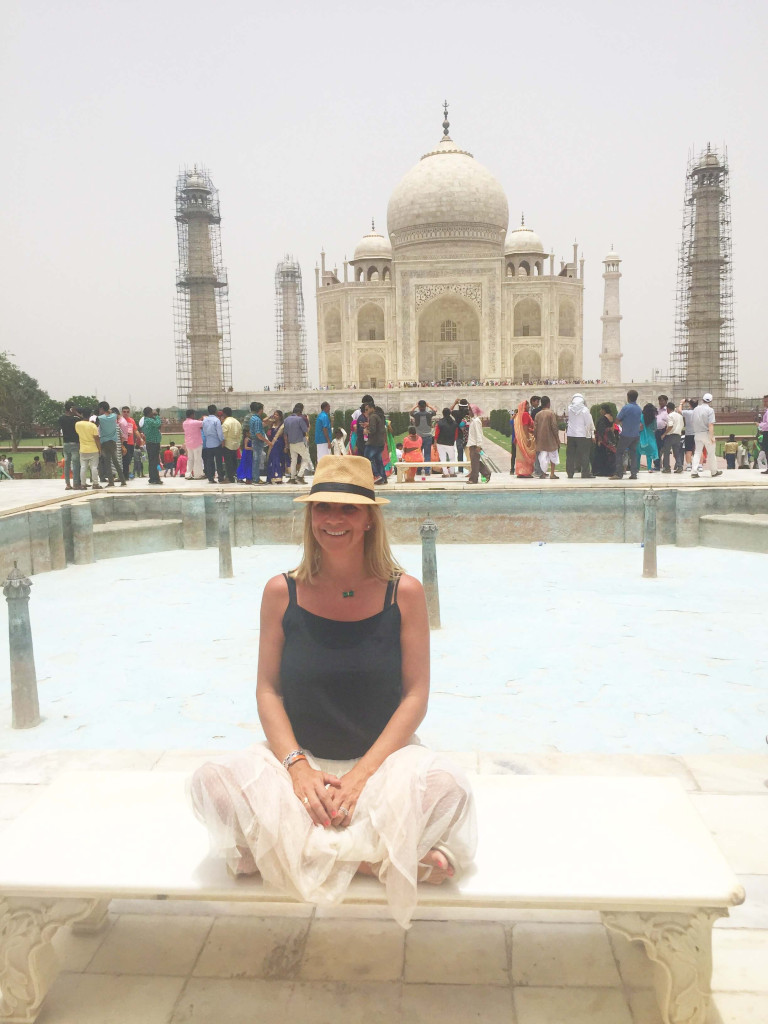 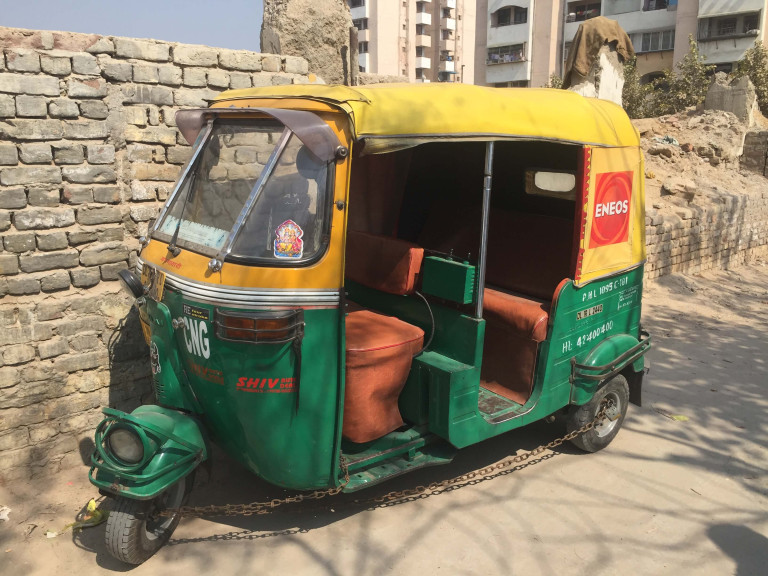 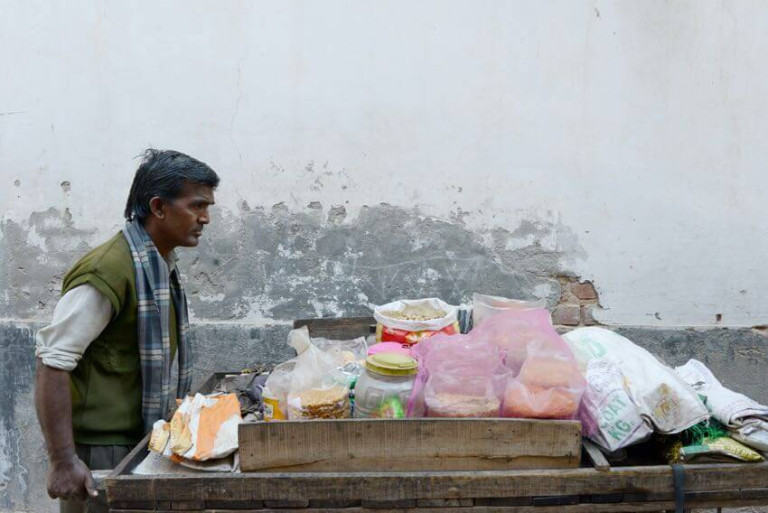 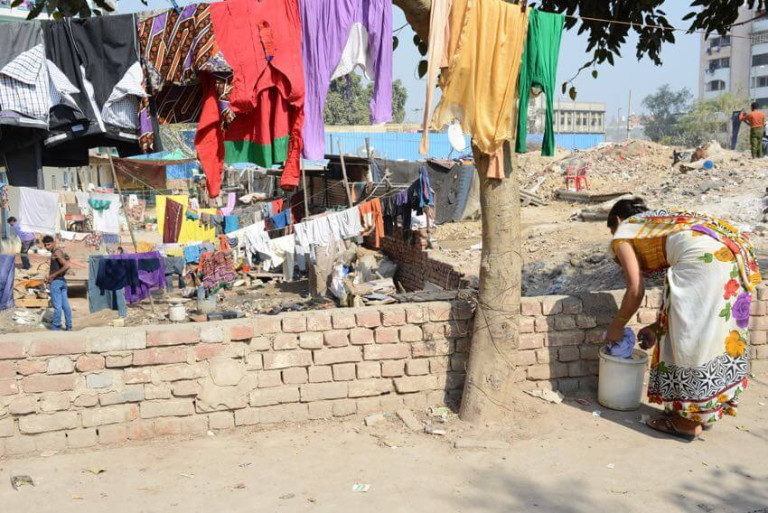 The streets of India