The Golden Triangle locally known as Sop Ruak is where Thailand, Myanmar and Laos meet separated by the Mekong river. The border between Thailand and Myanmar is marked by the Ruak River, which flows into the Mekong at Sop Ruak.

One of the most exclusive hotels for its unique experience with elephants whom roam freely in the jungle is the Anantara Golden Triangle.

As well as employing local staff the Anantara Golden Triangle funds the ethical elephant sanctuary/camp, which is a wonderful initiative to help street elephants rehabilitate in their natural environment. The organization running the camp is GTAEF - Golden Triangle Asian Elephant Foundation  which supports and protects sustainable Elephant tourism while providing a home & education for the Mahout families - (a mahout is an elephant trainer, rider or keeper). GTAEF are globally recognized for responsible wildlife tourism and one of the only options in Thailand for conscious travelers who want to get up close and personal with elephants.

The 22 elephants have 160 acres of hills and jungle to roam freely and the rivers to keep cool in. As the elephants have grown up listening to only their mahouts they are kind of conditioned to their voice. So with this in mind the foundation invited the mahouts to live onsite and to rent the elephants from them in exchange for a home and education for their families, medical insurance and jobs as the wives of the mahouts make handicrafts such as bags, table runners and the mahouts outfits (from old outfits they are recycled to make other items).

The oldest elephant in the camp is 62 years old and there are only 3 males. The elephants are not allowed to breed so the males are kept away from females.

Let me share a little more information about the foundation and how it was started.

Elephants have never been domesticated, but because even thousands of years ago they were recognized for their intelligence and learning abilities, they were trained for domestic purposes. Kings first used elephants to help fight wars through the dense jungles. Over time, elephants came to be used in the logging industry to destroy their own environment and eventually causing flooding to treeless areas.

It wasn’t until 1988 when Thailand suffered a disastrous flood and the worst in a century that the government realized exactly the harm that they were doing and on January 10, 1989 logging was banned. While undoubtedly a very wise choice as wild Asian elephants populations had greatly declined and deforestation caused the loss of lives and homes, the logging ban put about 20,000 captive Asian elephants and their mahouts out of work

It was at this time that tourism started to boom in Thailand and mahouts realized they could earn a living through elephant tourism activities.

So Why Not Just Release Elephants Back to the Wild?

If only it were that simple. Something undoubtedly agreed upon by John Roberts and every single person we interacted with at GTAEF and Think Elephants International is that we’d all like nothing more than to see every elephant live out its days as a wild elephant of its own free will. But there simply isn’t room for all of the Asian elephants.

The biggest threat to the Asian elephant are the loss of their habitat and the continually growing human population in tropical Asia. According to the WWF, “about 20% of the world’s human population lives in or near the present range of the Asian elephant”. The natural habitat is dwindling and migratory routes are cut off because of human settlements. As a result, elephant populations are small and unable to mingle.

When John Roberts first started the Golden Triangle Asian Elephant Foundation, he bought an elephant from a mahout in order to rescue it. A month later, the mahout was back with another elephant. It was at that point that John realized he needed a much bigger plan. Rescuing a few elephants from begging on the streets would only be helping those few elephants.

Now GTAEF helps elephants and their mahouts by providing jobs for both, education for mahouts’ children, and even their wives have opportunities to earn income and help support the family and elephant. Because captive Asian elephants have never been domesticated and their DNA strands remain the same as their wild counterparts, the scientists at Think Elephants International are able to study elephant cognitive and social behaviors that would otherwise be near impossible through trying to observe wild Asian elephants.

GTAEF does not buy any elephants. They simply provide a home for both the elephant and the mahout family. The mahout is free to decide which activities his elephant will participate in and both the family and elephant are well cared for.

As a result of these forward thinking initiatives at GTAEF and the financial support of Anantara Golden Triangle, important strides are being made in teaching mahouts positive reinforcement techniques, providing education so that children of mahouts can have other career opportunities, and in understanding elephant behaviors that can in turn help with conservation efforts.

If walking and riding with elephants is on your bucket list, I would highly recommended visiting Anantara Golden Triangle along with the Golden Triangle Asian Elephant Foundation as your money will not only benefit the rehabilitation of the elephants but also encourage sustainable elephant tourism.

One of the team explains in her own words:

For more information on the foundation please visit: https://www.helpingelephants.org/ 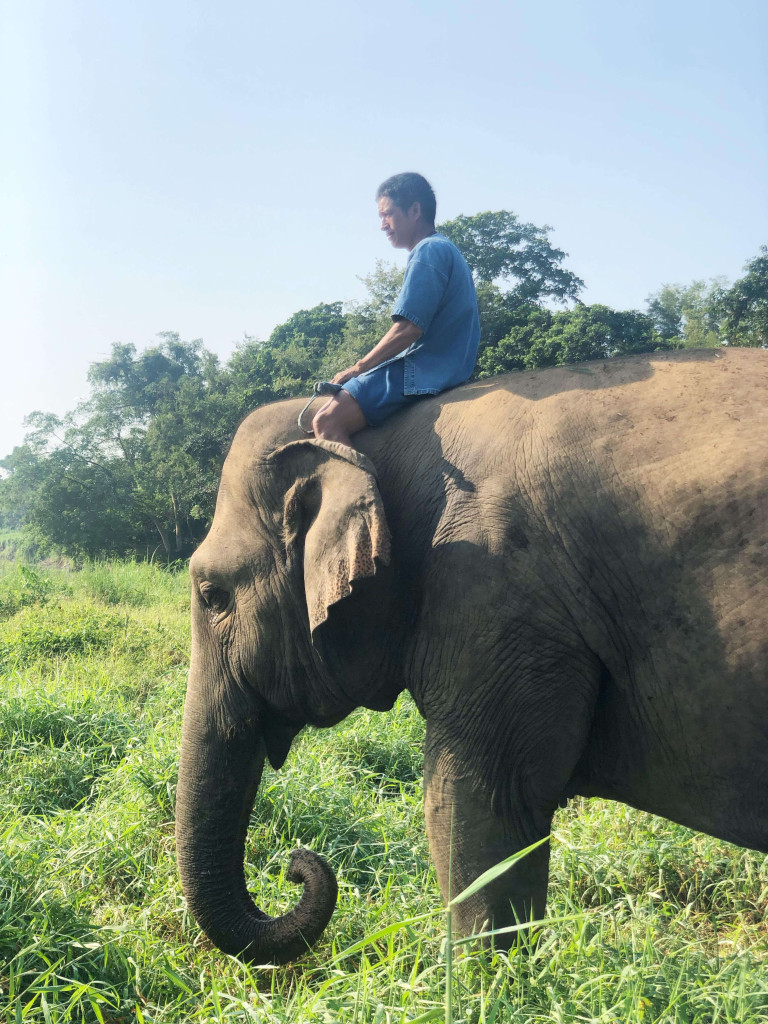 A mahout with his elephant living at the camp 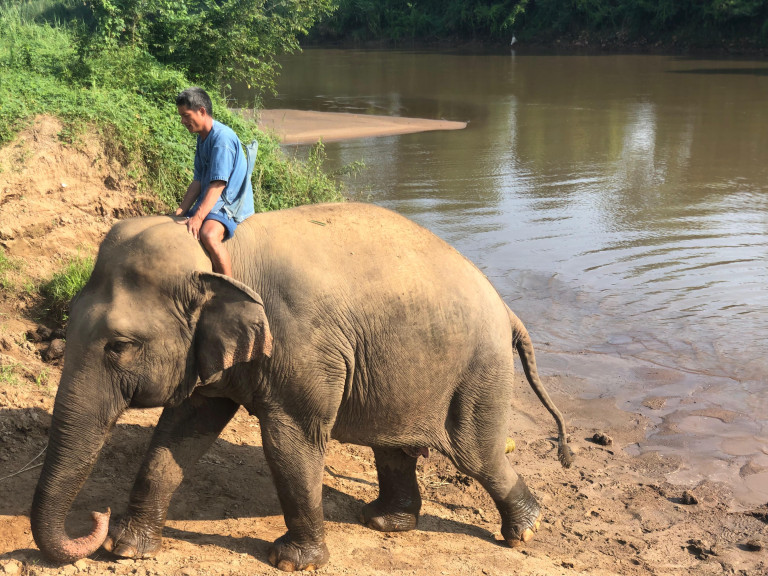 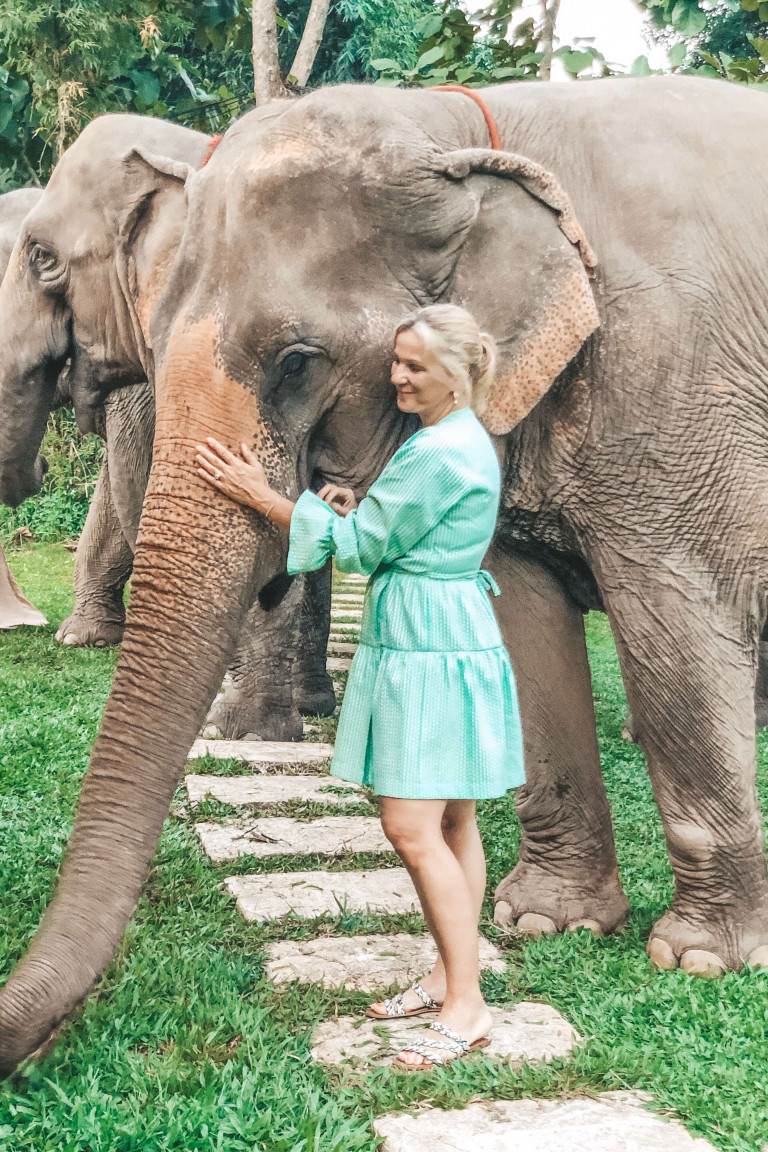 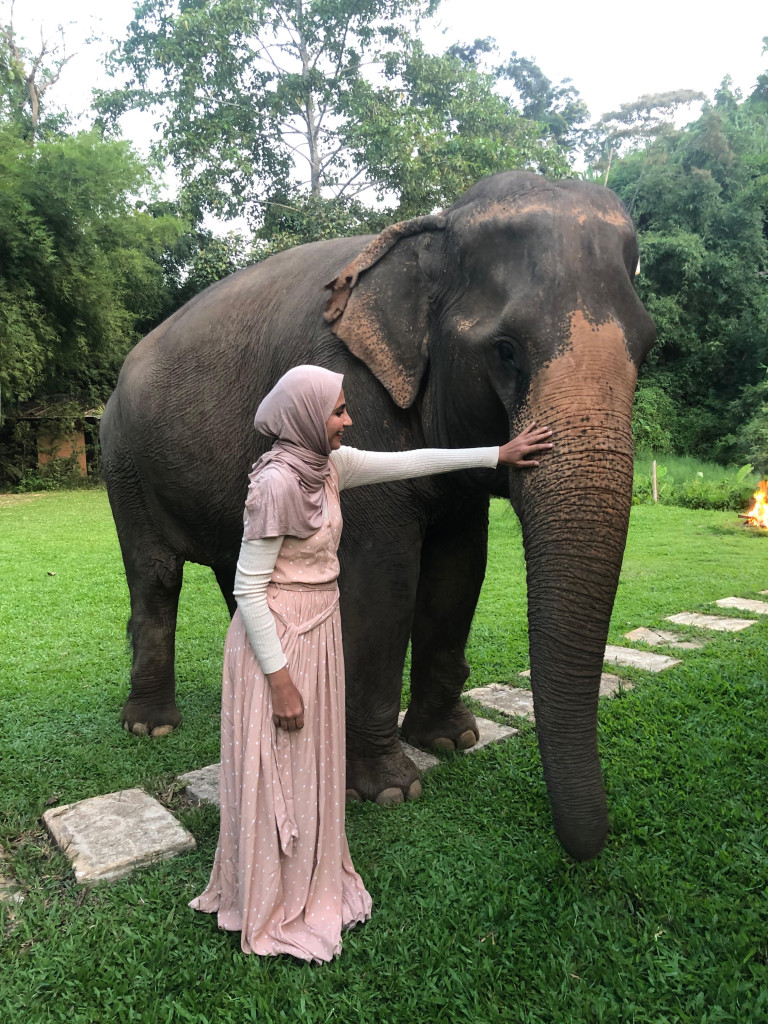 Happiness is meeting an elephant 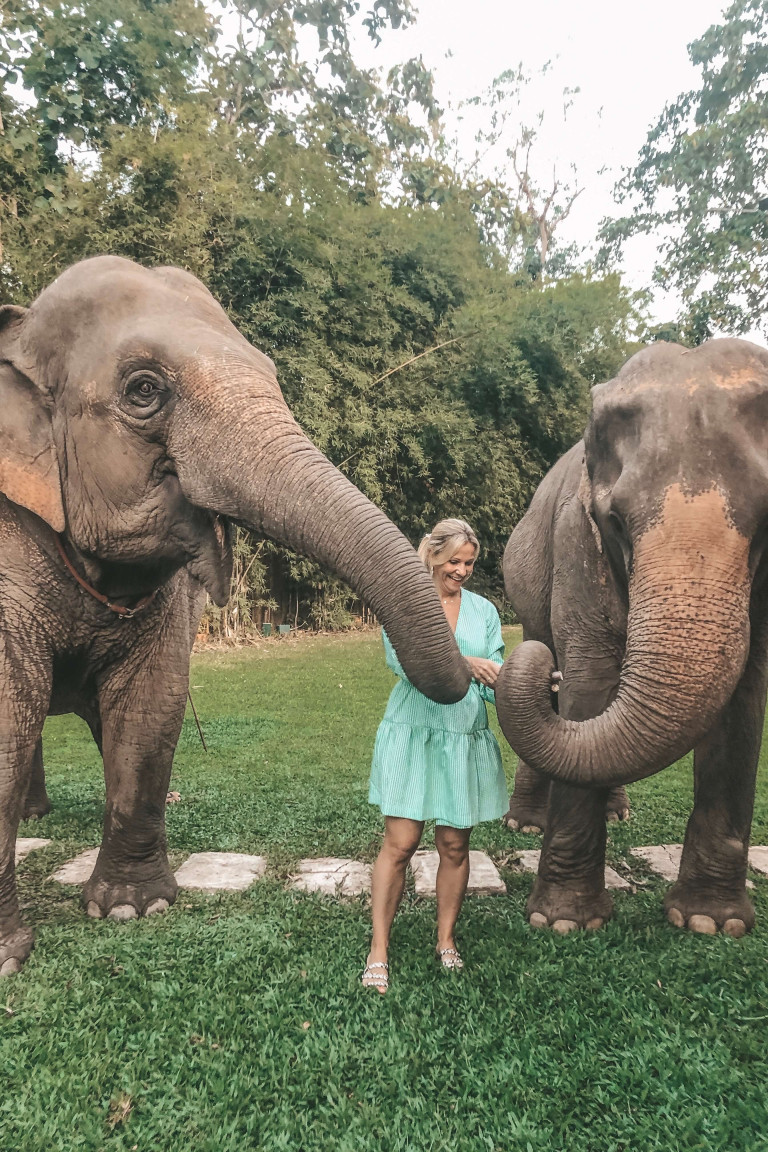 Im not sure who to feed first 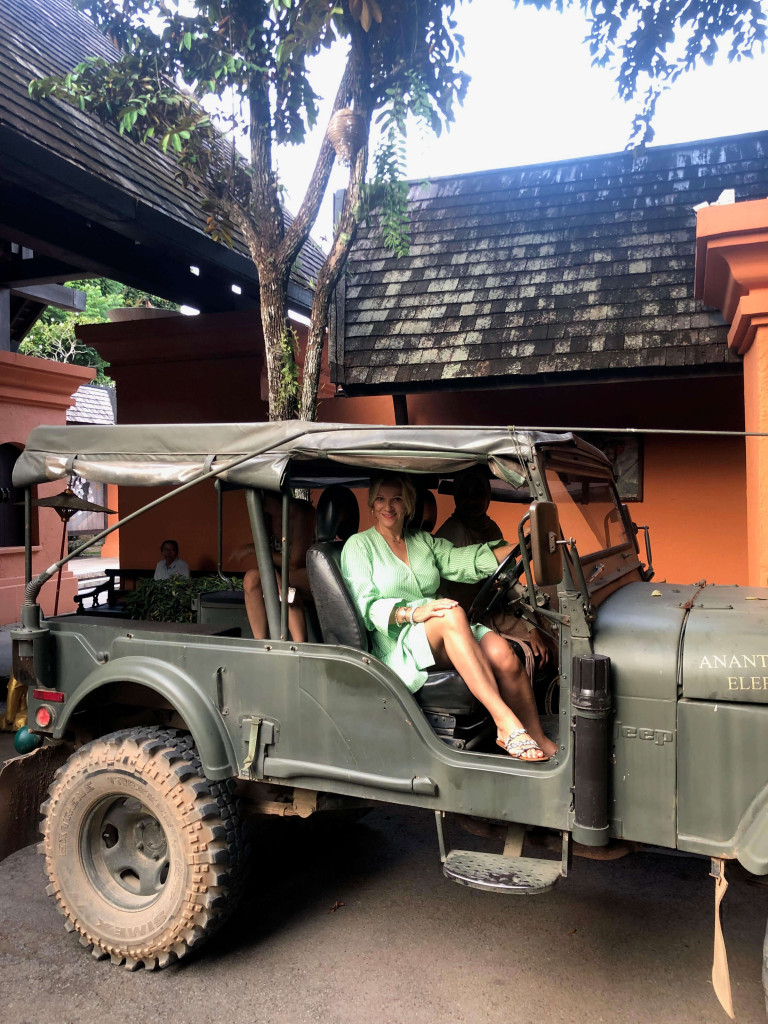 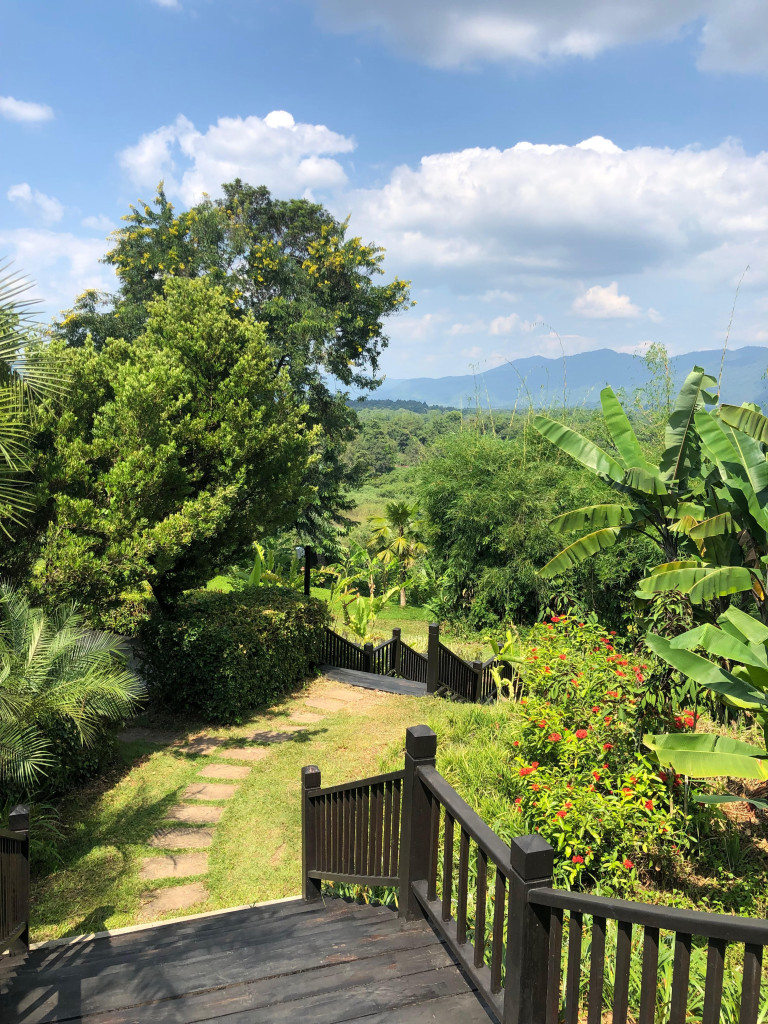 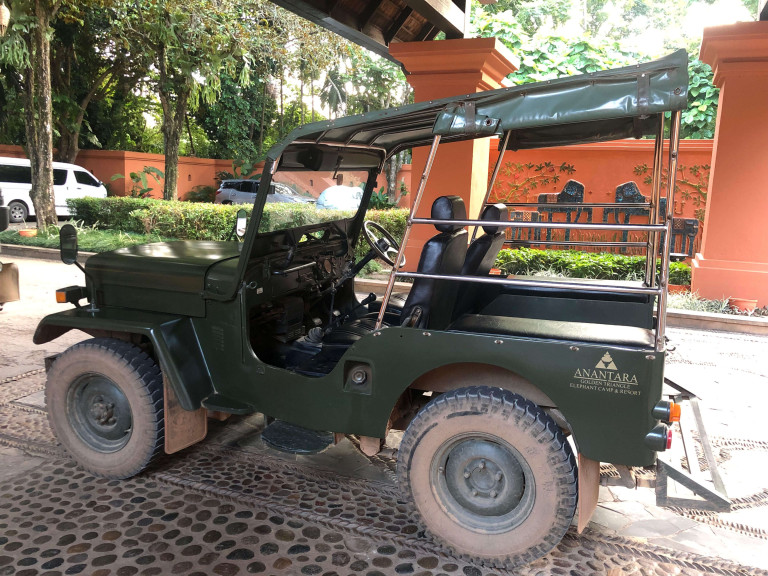 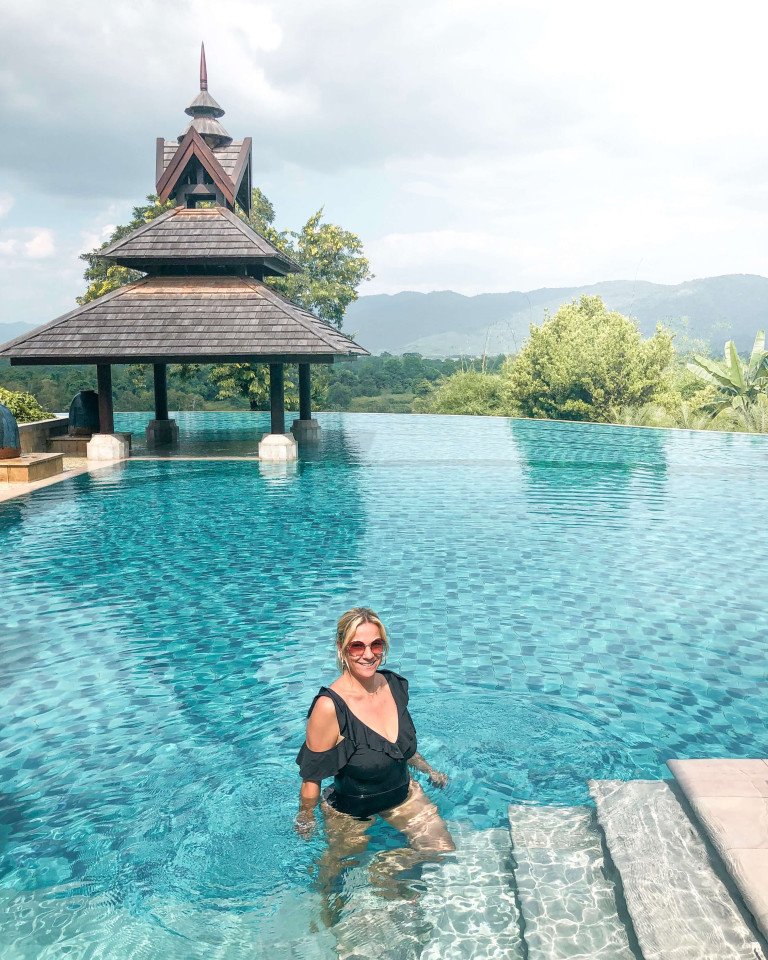 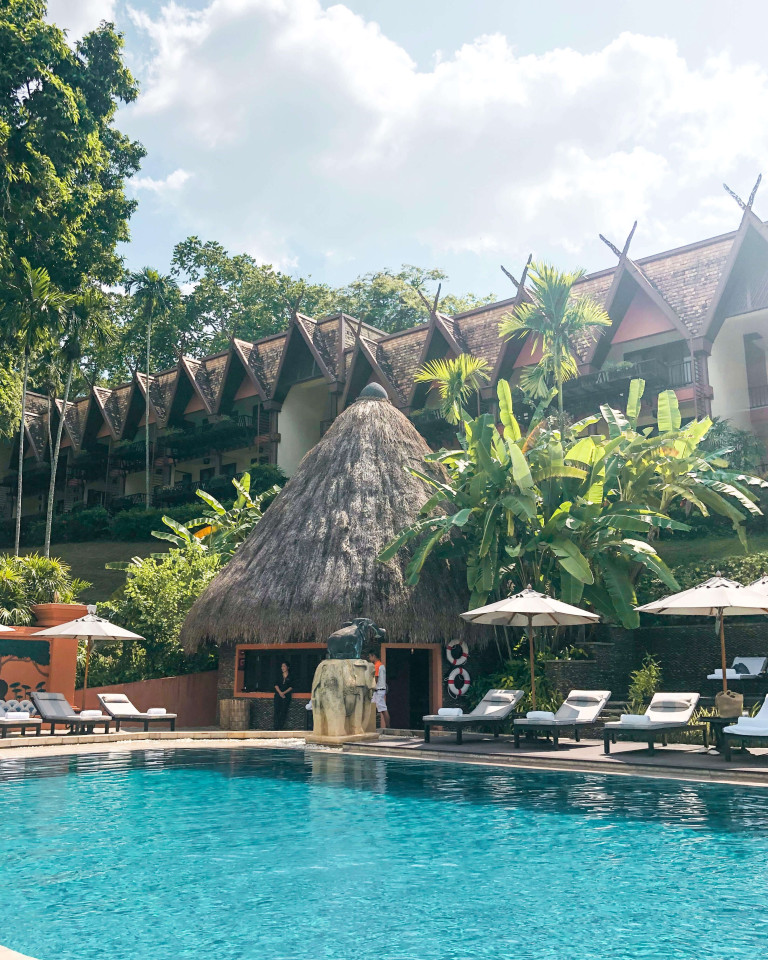 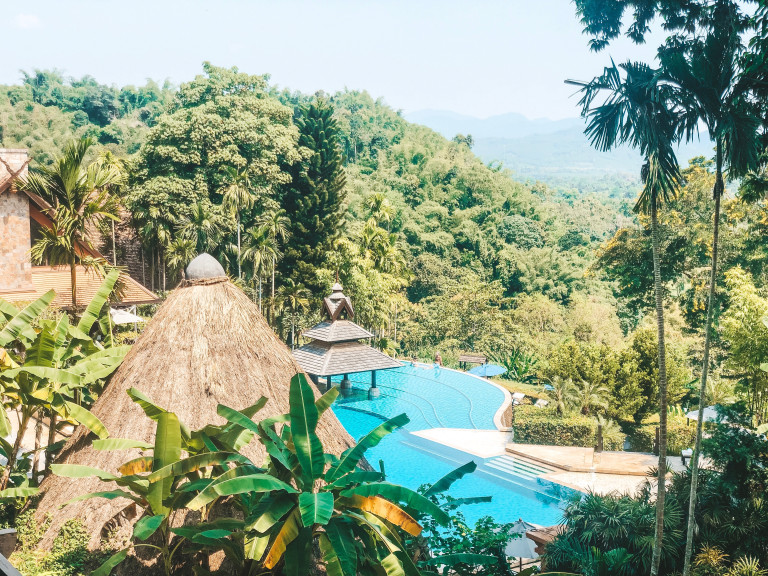 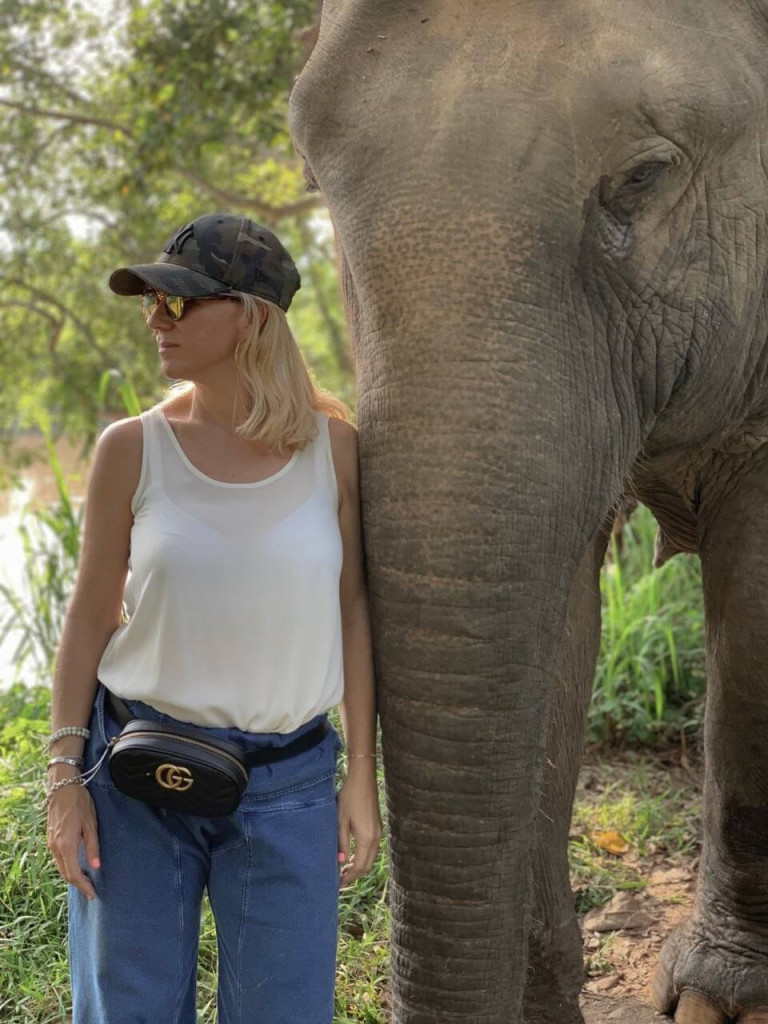 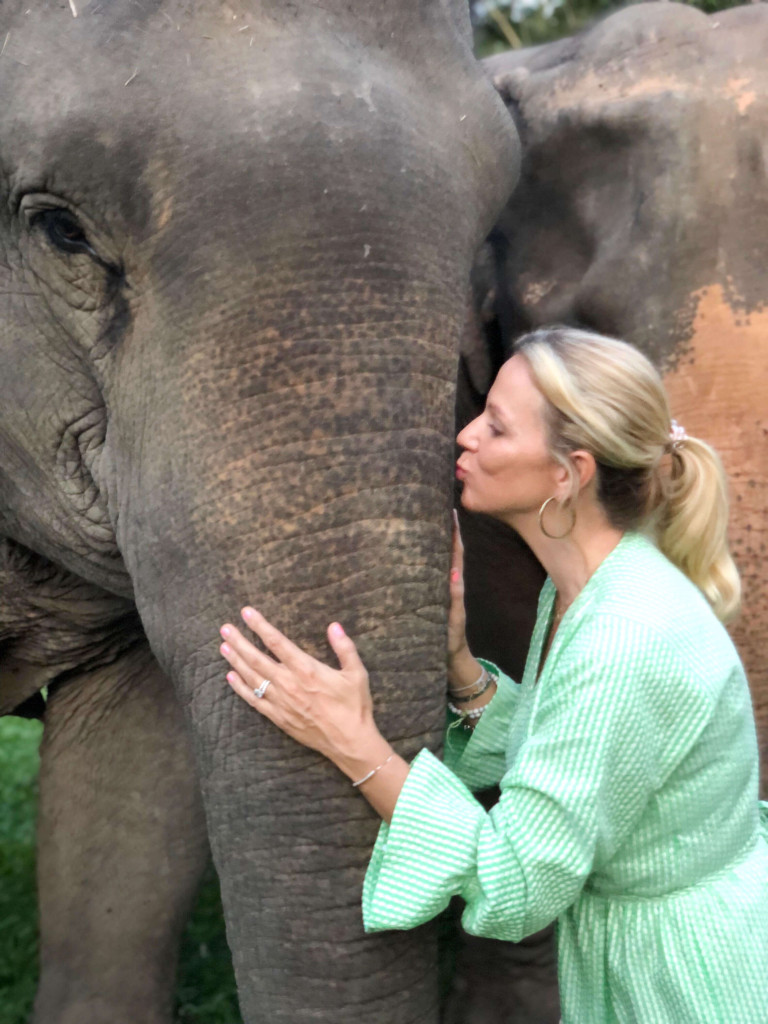 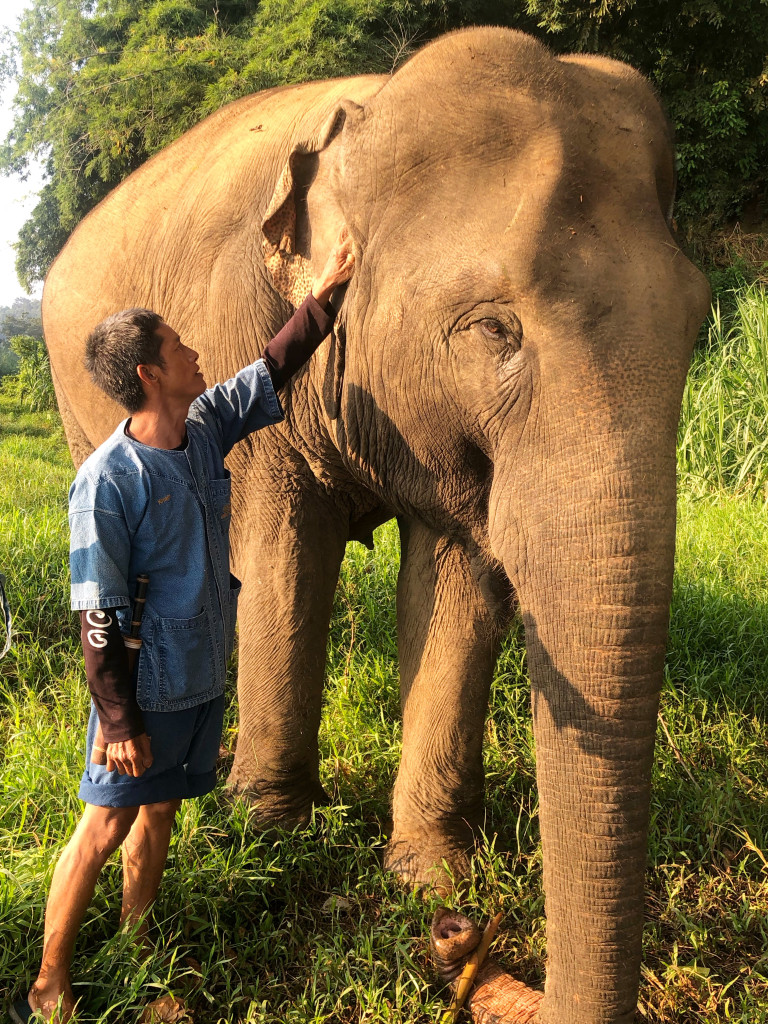 Me and my friends 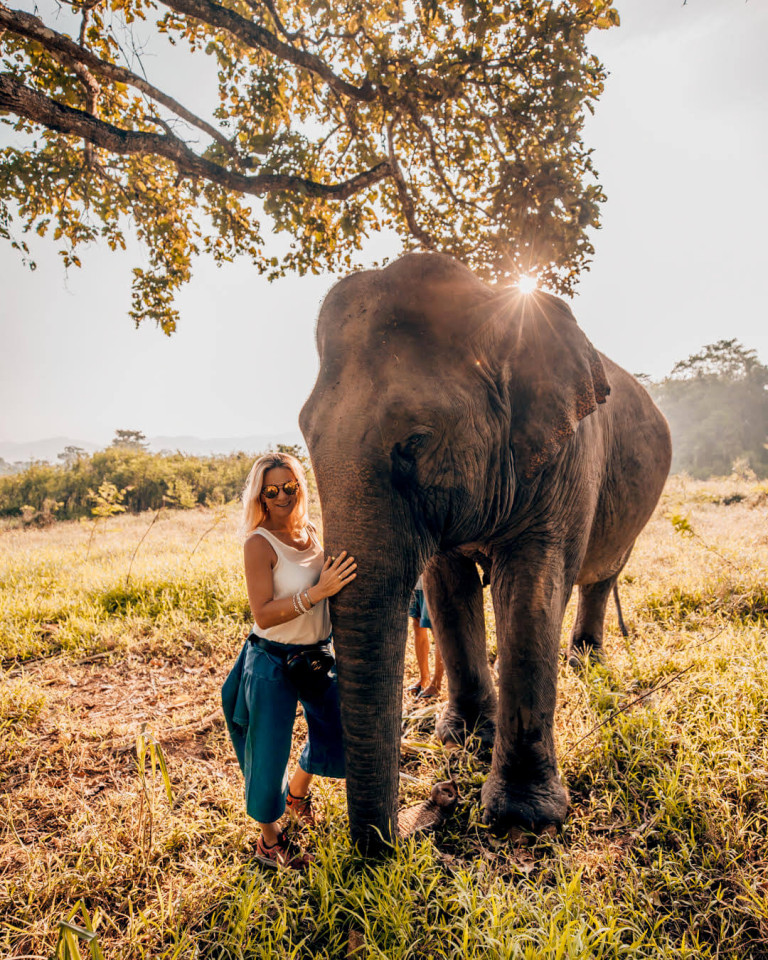 Me and one the elephants at the Golden Triangle Elephant Camo 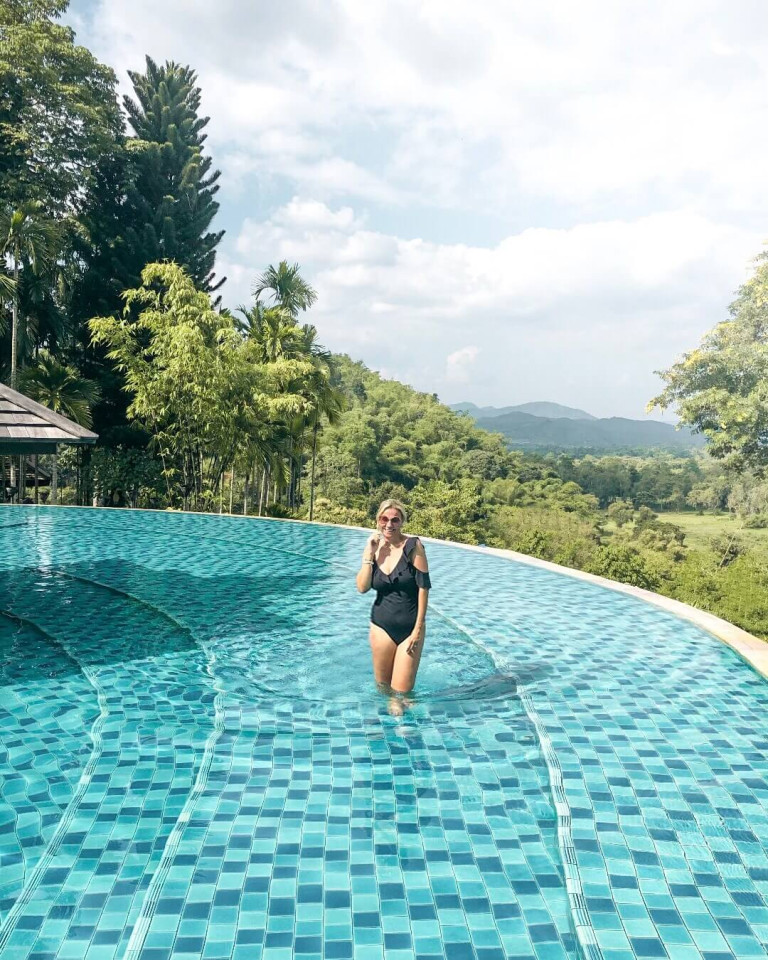 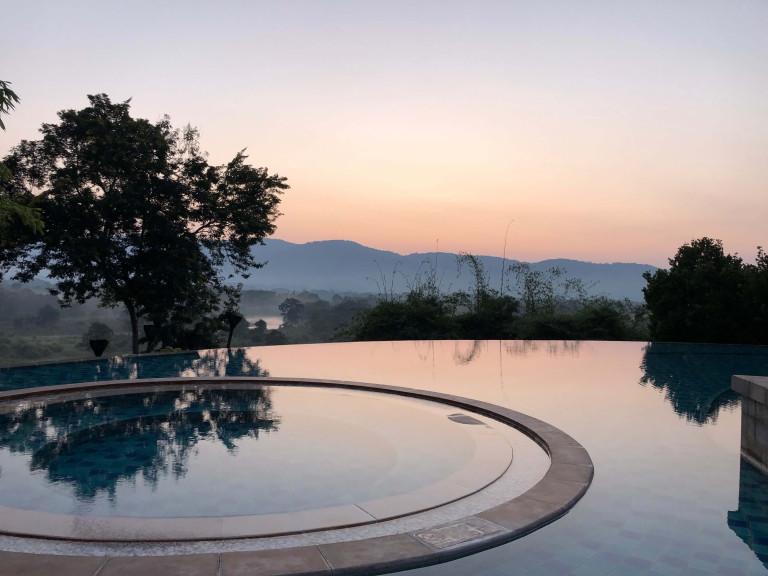 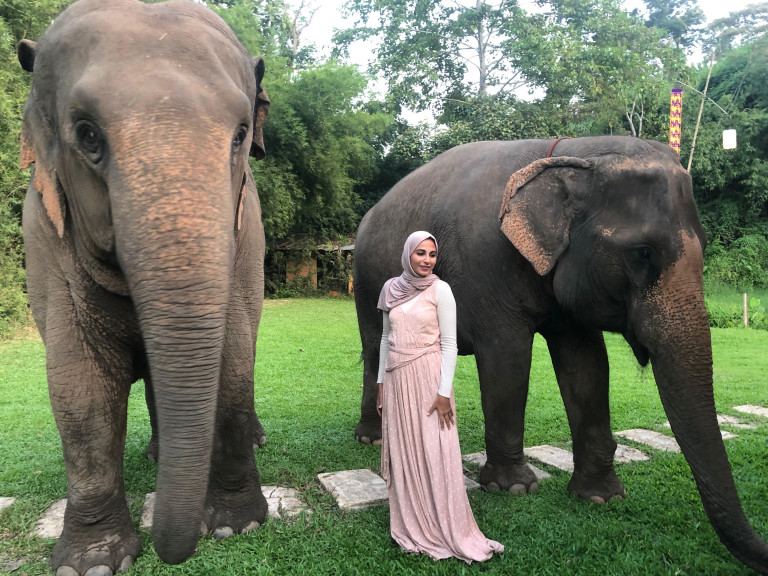 Sukaina with the elephants 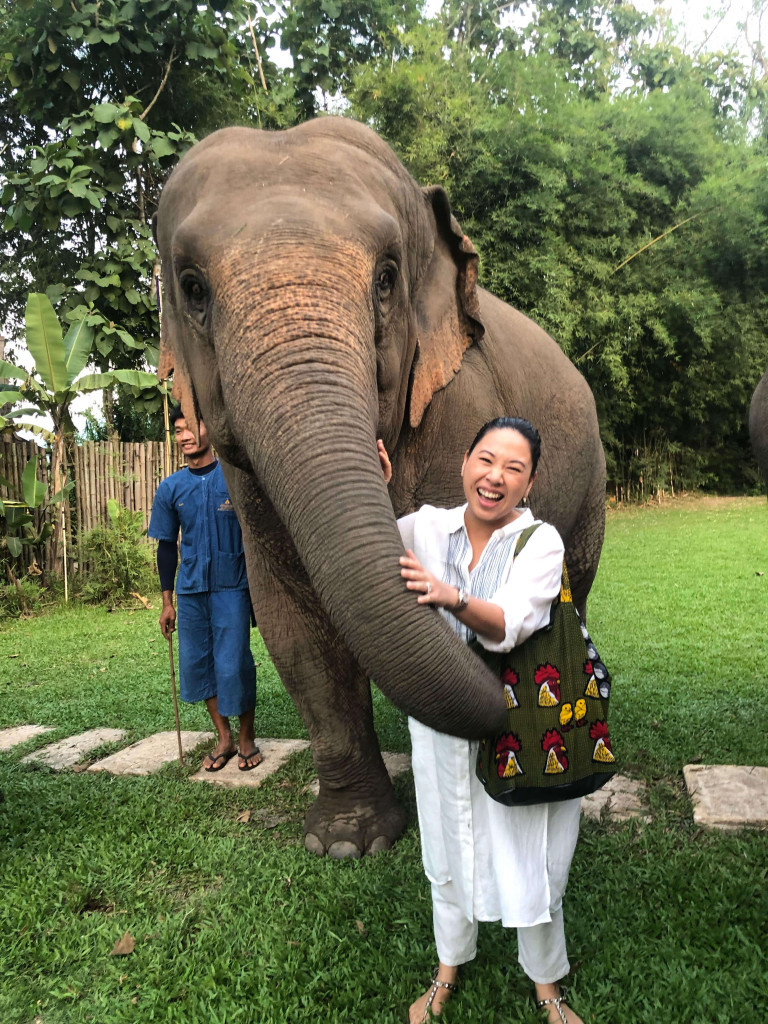 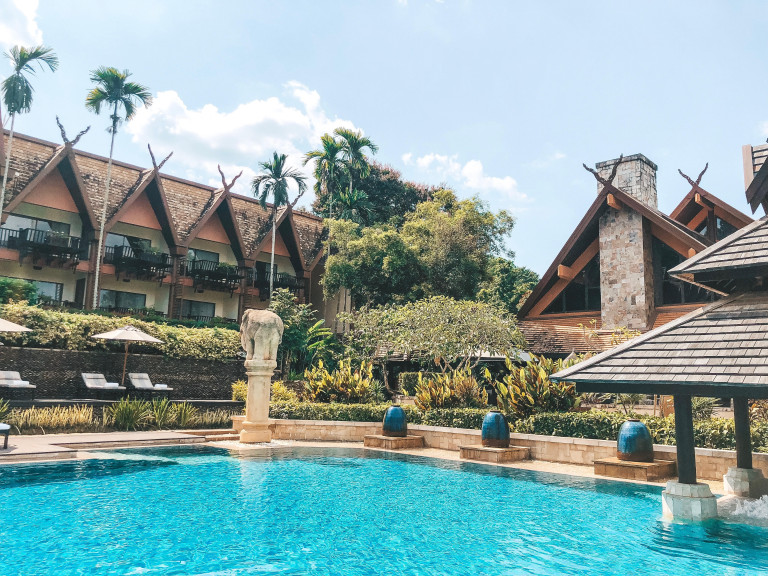 The rooms around the pool at Anantara Golden Triangle 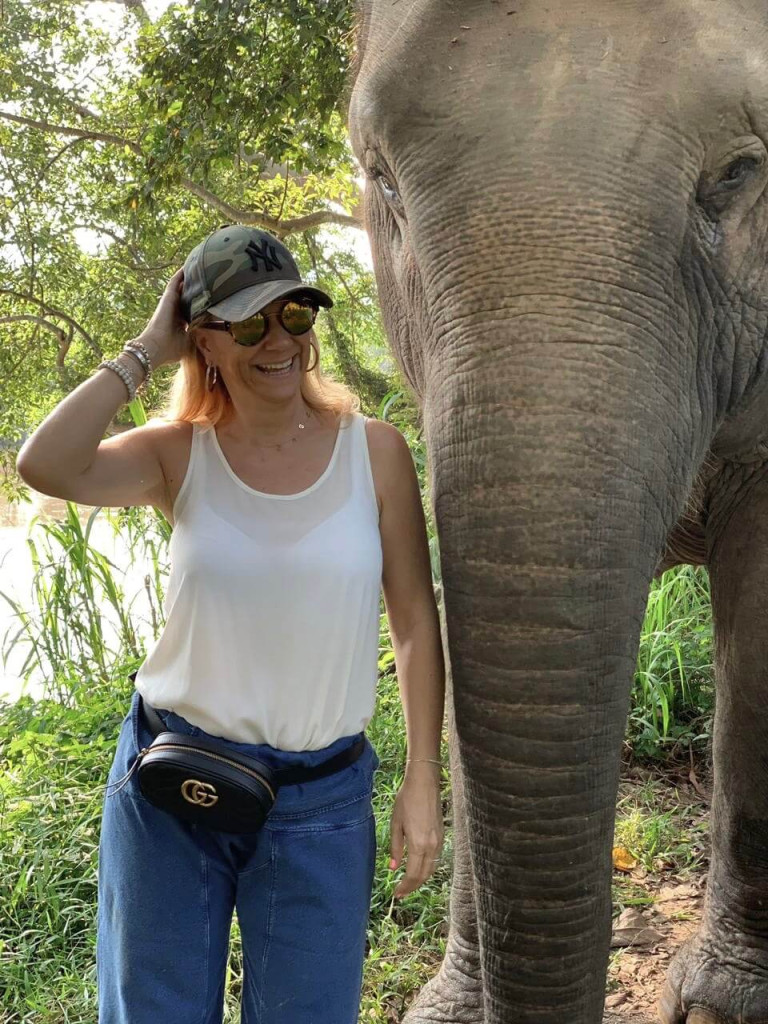 Theres something wonderful being with elephants 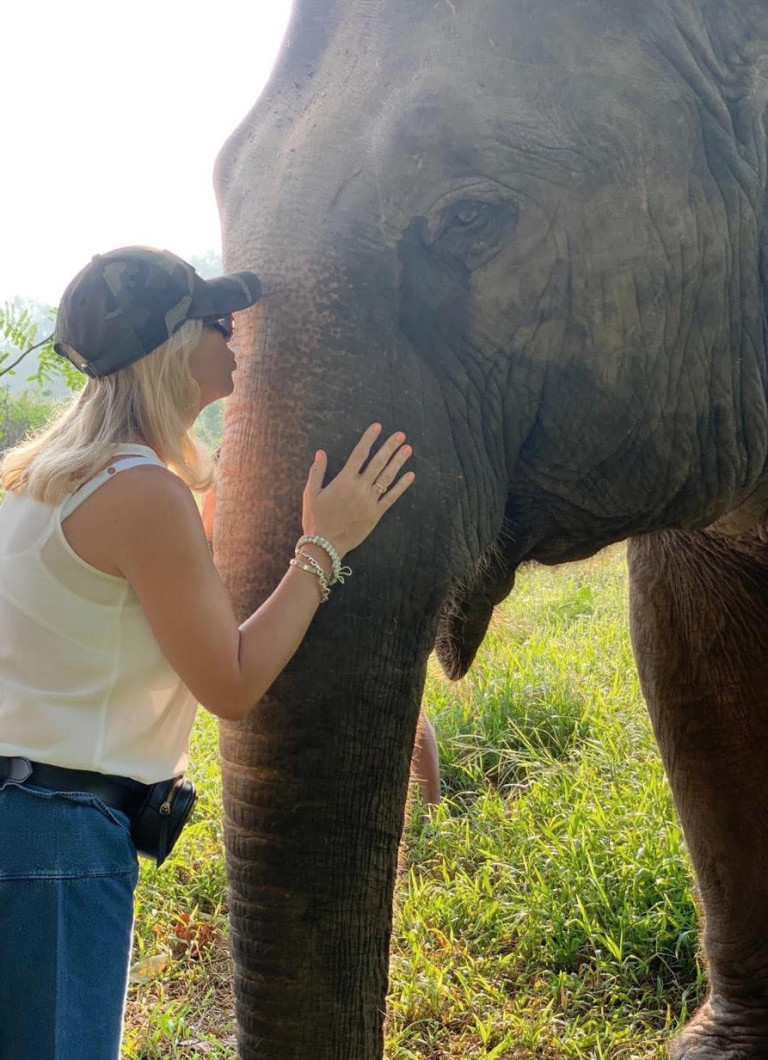 Kisses from me to you!